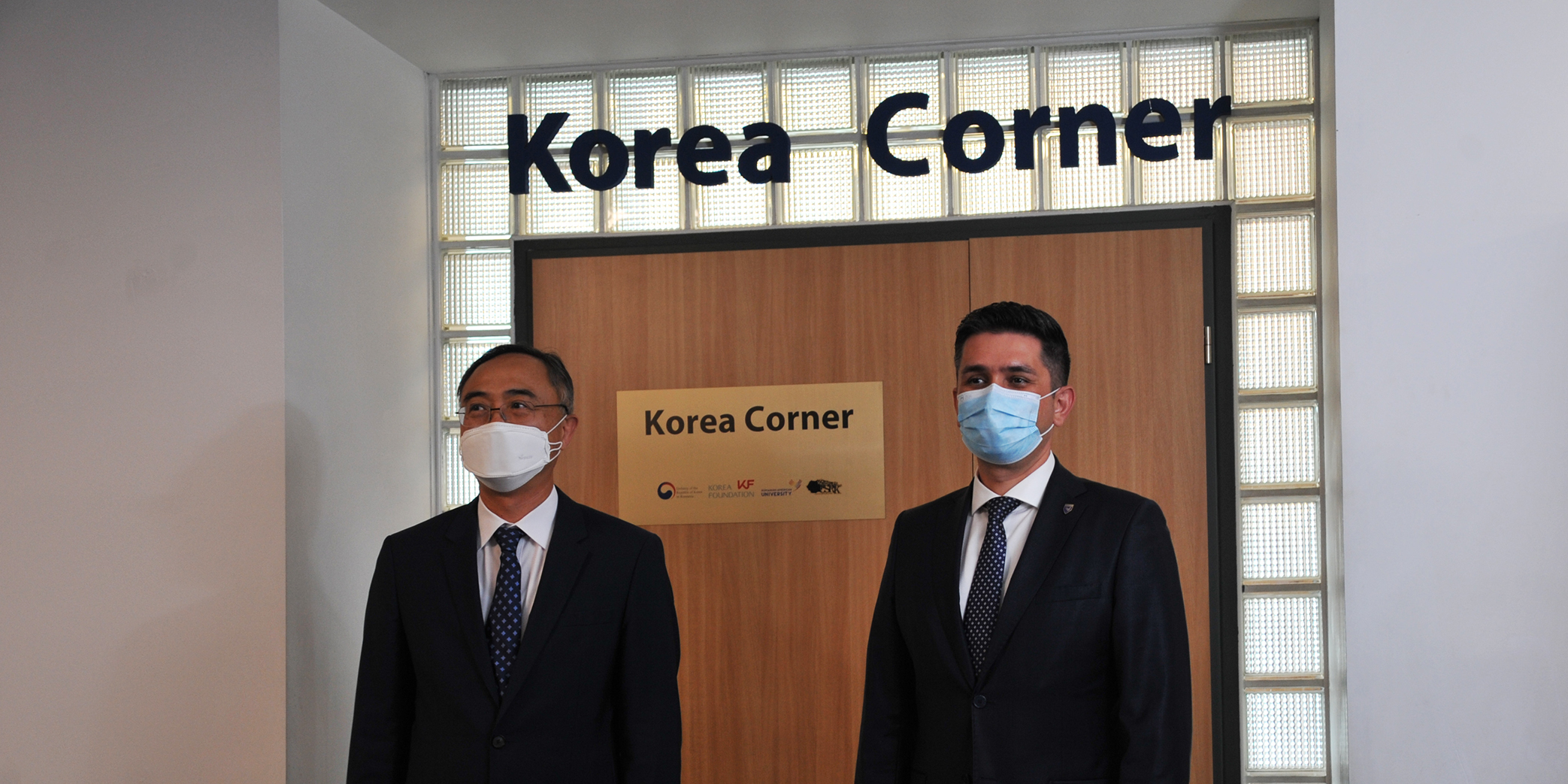 The grand opening of Korea Corner, highlighted by “KOREAZ”

The official opening of the first “Korea Corner” project in Romania took place on 28th of May 2021, in the Aula Magna of the Romanian-American University, with a series of events organized by the University’s Romanian – Korean Studies Center and the Embassy of the Republic of Korea, with the support of Korea Foundation.

The event was soon highlighted by “KOREAZ”, the Ministry of Foreign Affairs of the Republic of Korea’s public diplomacy channel, within a video, starting from 1:26.

In the context in which 31 years have passed since the establishment of the diplomatic relations between the Republic of Korea and Romania, “Korea Corner” will become the center of educational and cultural cooperation between the two countries.