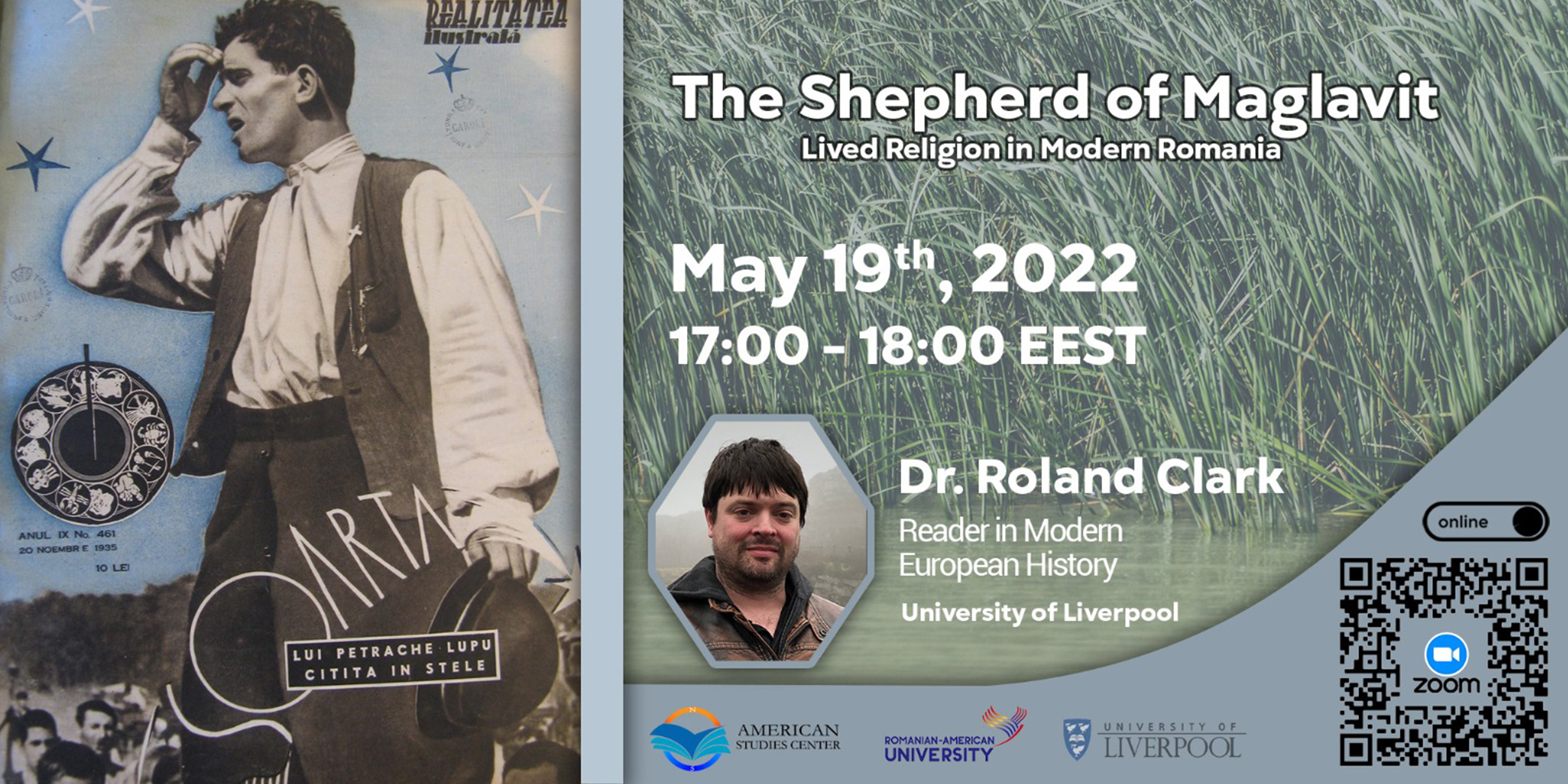 Event: ”The Shepherd of Maglavit: Lived Religion in Modern Romania”

The American Studies Center (ASC) within the Romanian-American University is pleased to announce a new installment of its Monthly Lecture Series.

We invite you to the event entitled ”The Shepherd of Maglavit: Lived Religion in Modern Romania”, held Online on 19th of May 2022, between 5 – 6 PM, by Dr. Roland Clark, Reader in Modern European History, University of Liverpool.

During 1935, Petrache Lupu, a shepherd from the small village of Maglavit on the banks of the Danube River reported visions of an “old man” who told him to preach a message of repentance to the Romanian people.

Receiving prophecies and insights from God Himself, Petrache Lupu became a celebrity figure in interwar Romania. Magazines and newspapers carried frequent reports not only of debates between doctors, academics, and theologians over the authenticity of Lupu’s visions, but also of the tens of thousands of people flocked to Maglavit to hear him preach and to be healed of a range of illnesses.

This paper uses the events at Maglavit to understand the impact of phenomena such as state-building, nationalism, industrialization, the spread of literacy, growing respect for Western science and medicine, and church-state relations on religious beliefs and practices in interwar Romania.

The participation to the event is free of charge and for the RAU students will be considered Extracurricular Activity as long as they register for the event with the @student.rau.ro institutional email address.

Please note that by attending this event, all the meeting participants are consenting to be recorded. The event will be live-streamed on the RAU American Studies Center Facebook page.

Lecture on the impact of the Ukraine crisis on the international security environment
May 6, 2022

Event: ”Statistical Data and Economic Knowledge in Socialist Romania”
May 2, 2022

31 years since the establishment of the Romanian-American University
April 17, 2022
News
Go to Top