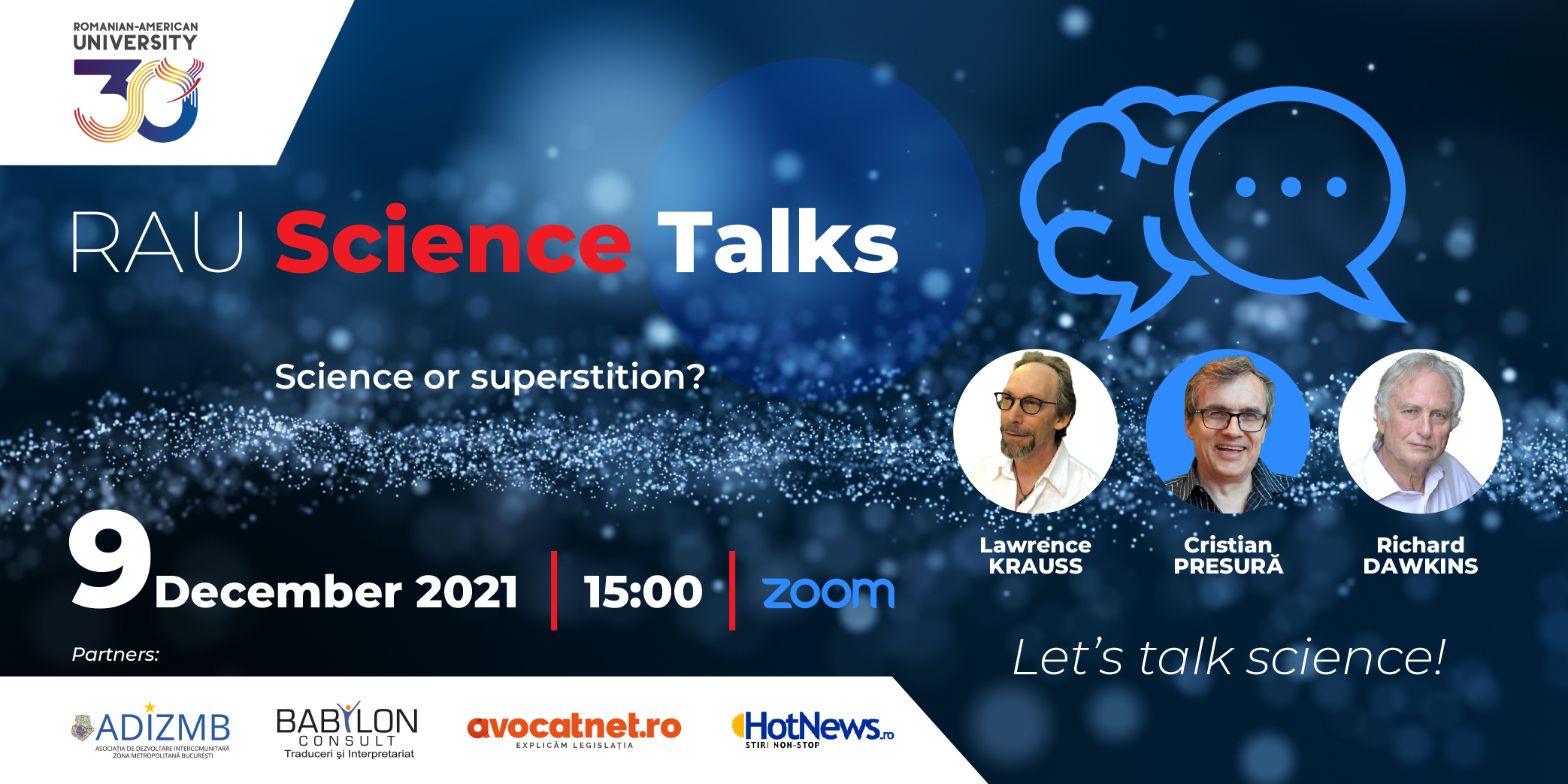 A unique initiative for the Romanian educational system, the Romanian-American University brings face to face Romania’s pupils and students with some of the most famous scientists of our times

The Romanian-American University organizes “RAU Science Talks”, an event that brings some of the most famous scientists of our times, for the first time in Romania. The British biologist Richard Dawkins and the American-Canadian physicist Lawrence Krauss will gather with the Romanian physicist Cristian Presură to discuss the latest advances in science and answer the great questions of the present.

Science or superstition? We invite you to discover the answer on Thursday, 9th of December 2021, starting at 3 PM, on ZOOM platform. The conference will be held in English, benefiting from simultaneous translation into Romanian.

To book your participation in the event, please access this link.

Inspired by international reference initiatives, “RAU Science Talks” aims to attract and increase the interest in science of the general public, and especially of the young people.

Richard Dawkins is a very famous public intellectual, a British evolutionary biologist and author, who is a Fellow of the Royal Society of London, an emeritus fellow of New College, Oxford, and was Professor for Public Understanding of Science at the University of Oxford.

Lawrence Krauss is one of the world’s most well-known theoretical physicists as well as being a bestselling author, and an acclaimed lecturer. He is currently President of The Origins Project Foundation, which celebrates science and culture by connecting scientists, artists, writers and celebrities with the public through special events, online discussions and unique travel opportunities.

Cristian Presură studied physics and engineering. Later on, he joined the Atomic Physics Institute in Bucharest, where he studied the properties of solid-state lasers. In 2002, he received his PhD from the Groningen University, Netherlands, where he worked on characterizing the optical properties of entangled electron systems.

The School of DIBBF continues its partnership with ACCA until 2026
November 23, 2021