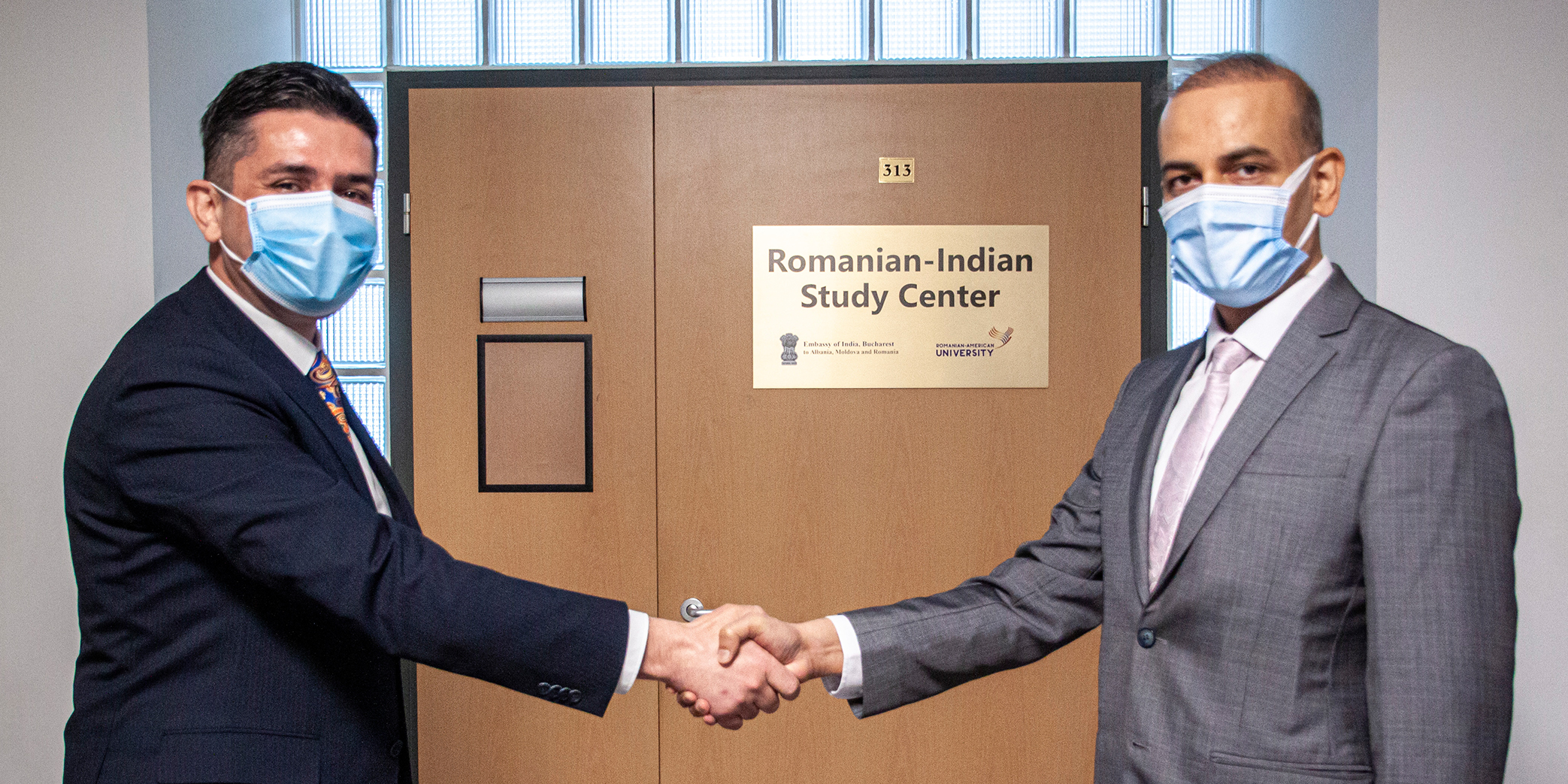 Today, 7th of December 2021, took place the official opening of the Romanian-Indian Study Center at the Romanian-American University.

After the opening ceremony, the online event “The Role and Place of India in The World Economy” was organized. With this ocassion, H.E. Mr. Rahul Shrivastava, Ambassador of India to Romania, Moldova and Albania, offered a presentation regarding this subject, and the opening speech was addressed by Prof. Mr. Costel Negricea Ph.D., Rector of the Romanian-American University.

“Presently, in terms of GDP in PPP terms, India is the third largest economy in the world with an economy of approx. US$ 9 trillion. In terms of GDP in nominal terms, India had overtaken the UK in 2019 to become the fifth largest economy in the world but has been relegated to 6th spot in 2020 due to the pandemic. India will again overtake the UK to become the fifth largest in 2025 and race to the third spot by 2030. […] India is a country with global interests and takes its commitments to be a responsible international player with the utmost seriousness.”

RAU brings in premiere in Romania some of the most famous scientists in the world
November 25, 2021

The School of DIBBF continues its partnership with ACCA until 2026
November 23, 2021