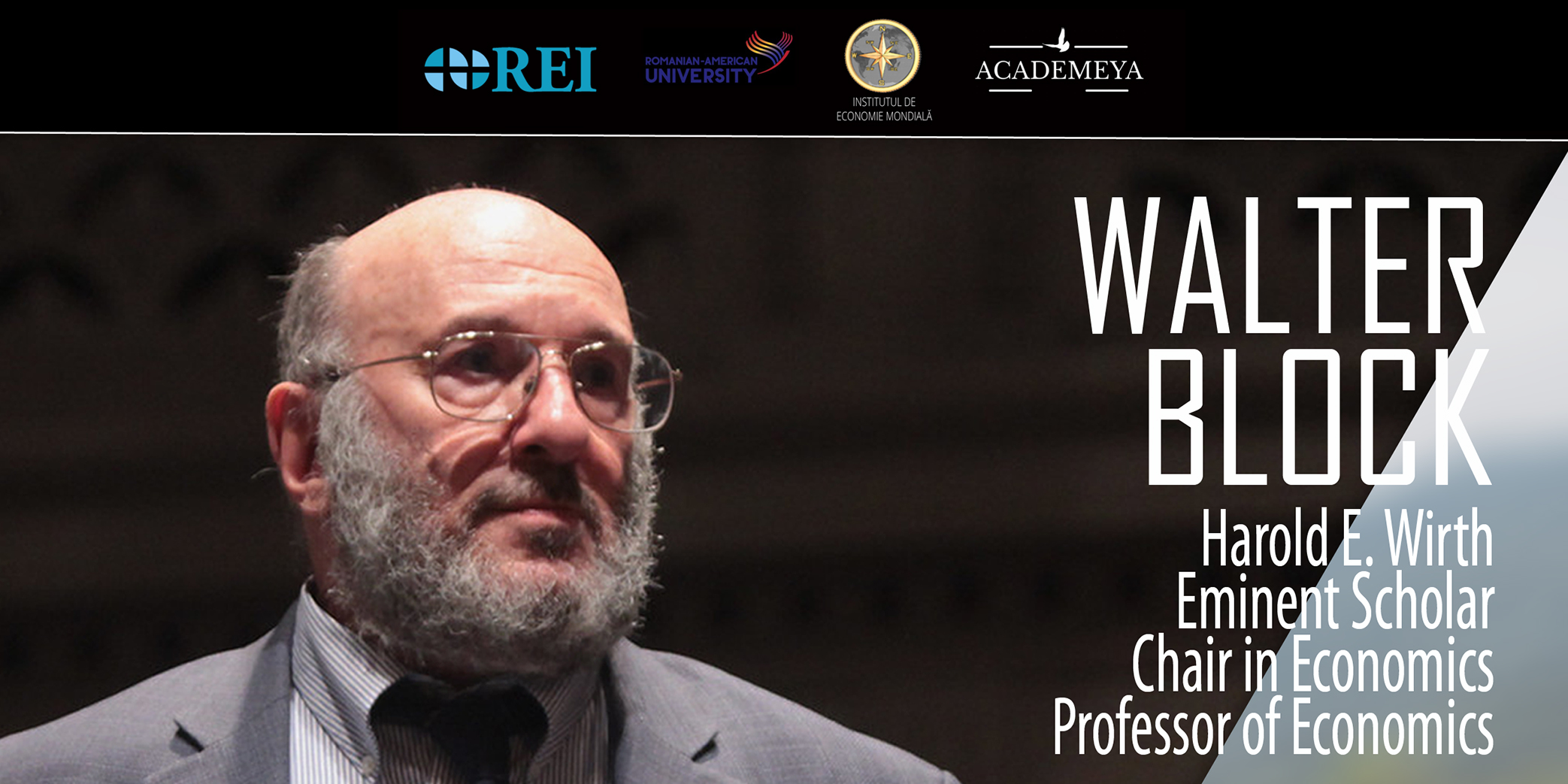 The event will take place online on November 18th, 2020 and will be broadcast Live on the University’s official Facebook page, starting at 6 PM.

Walter Block is one of the strongest economic voices of genuine liberalism, a defender of free markets and libertarianism, as well as the most prolific of contemporary “austrian” economists.

His works have been translated by the Ludwig von Mises Institute – Romania, including the most famous of them – “Defending the Undefendable“, about which the Nobel laureate Friederich Von Hayek said:
“Looking through «Defending the Undefendable» made me feel that I was once more exposed to the shock therapy by which, more than fifty years ago, the late Ludwig von Mises converted me to a consistent free market position. … Some may find it too strong a medicine, but it will still do them good even if they hate it. A real understanding of economics demands that one disabuses oneself of many dear prejudices and illusions. Popular fallacies in economics frequently express themselves in unfounded prejudices against other occupations, and showing the falsity of these stereotypes you are doing a real service, although you will not make yourself more popular with the majority.”